The Odor of the Owl 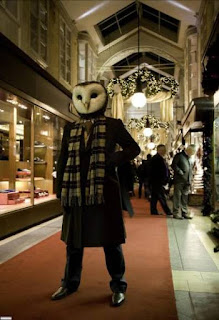 Yes, that's right, it's odor, not order. Things do get curiouser and curiouser. Thanks to Brownie, who left a comment with a link on my Merry Christmas post about London's scary and creepy owl perfume campaign. Penhaligons, a perfume shop, has created the Olfactory Owl. Lots of links to this story, just Google as usual, here's one: Penhaligon's unleash a scary anthropomorphic owl onto London's streets.


Dressed in Victorian finery, the Olfactory Owl will be journeying across London on foot and by tube and bus, taking in some of London’s iconic landmarks and shopping hotspots.

The Olfactory Owl will be handing out coupons, and you can join the odoriferous owl on Twitter and Facebook. The conspiratorial Fortean mind reels, making connections between England's rash of staged/faux UFO crashes and alien abductions in schools, and this recent episode of a giant owl walking the streets of London.

I noticed on Penhaglion Ltd. Facebook page, there are lots more man-owl pics, even with children in its lap. Some commenters think its charming. (yikes!)

I know that niche fragrance houses use avant-garde commercials to distinguish themselves from the mass market brands, but this owl-man doesn't make sense (as Lesley noted - owls have poor sense of smell anyway).

I know that niche fragrance houses use avant-garde commercials to distinguish themselves from the mass market brands, but this owl-man doesn't make sense (as Lesley noted - owls have poor sense of smell anyway).
Caravan Parks 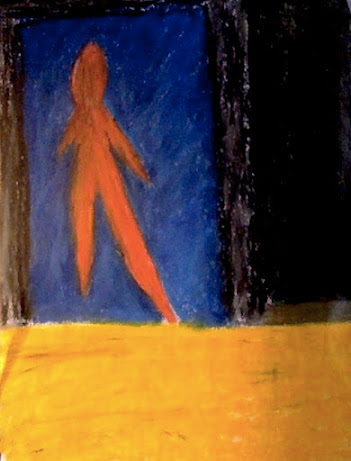