Penguin Moons and the Dreaming Mind

I am fascinated by the way our dreaming minds work, and the dream realm as another reality. A parallel universe? I've often thought, in context of story writing, how dreams function, the whys, the whats... and, what happens to the essence, the memory, of a dream once the dreamer has awakened? The memory of the dream still exists in the mind of the dreamer, but, only what was remembered. What of those dreams not remembered by the dreamer, yet, dreamt? Do they still exist? Do they continue on their own? The recurring themes and landscapes -- are they on simply on hold and non-existent until the dreamer returns to them. Or do they live on with their own lives, and the dreamer has merely visited, returned to in sleep?

I have many "stage sets" or landscapes that remain constant in my dreaming life. They may change slightly but overall remain the same. I have plots or themes that recur as well. Are these living, breathing stories active whether or not I am present, or do they only activate when I dream them?

Some dreams are surreal, some are pedestrian, some are scary, and so on. Some are spiritual and astral and of a most emphatically transcendent level that goes beyond "mere" dreaming. Some are visitations by others, as in the death of both human and non-human animal who have come tell me something. Some are announcements of things to come.

And some are simply silly yet nagging and bizarre. Like the "message" I had waking up this morning. I was just waking up coming out of sleep, and the last thought I had, distinct, specific, was "Penguin moons." What the hell are "penguin moons?" I have no idea. As far as I remember, I had no such dream of moons, penguins, birds, planets... no watching of TV or movies with penguins or even wildlife of any kind. Penguin moons, can't get it out of my mind. All day my mind has returned to those two words: penguin moons. At least I could point to something esoteric, something UFO-ish, paranormal or mystic if it had been owls. Particularly in the context of moons. Owls, now that's a symbol we can get behind. Penguins? On the moon? Or penguins that look like moons? Just downright silly.


So I searched for "penguin moon" and found this link on Wikipedia: Penguins on the Moon is the title of a Sack Trick album. Not familiar, but they're "classic" according to those who know.  There is the children's book Penguin Moon by Annie Mitra:


Penguin longs to talk to the moon but the moon remains silent. Through the five wishes of the giant starfish and with the help of friends, he is lifted up to the moon and learns that the moon has always answered but was just too far away to be heard. Penguin follows a long tradition of characters who have sought to befriend the moon in this tale told in the folktale style. (Amazon.com)

Which sounds charming but I'm not familiar with the book. Something about the motif of penguin/moon intrigues, since it comes up in various ways. . . 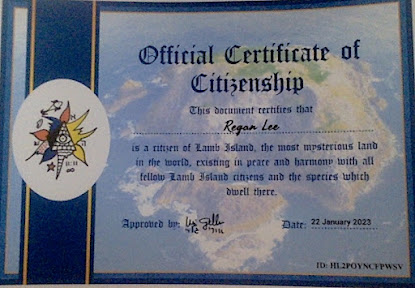