In the literal sense of the word, it was a UFO I just saw, about twenty minutes ago. I can't identify it, and have never seen anything like it before.

We were standing on our porch, watching the fireworks, right at midnight. A few minutes after midnight, the fireworks display had stopped, and through the trees across the busy street at the corner of our street, to the east, I see a very large object come towards us (moving west.) This thing which I assumed was a plane, though an odd one, was moving upwards. Cylinder shaped, with bright -- really bright -- orange lights, or more like, the whole thing was one orange light. I didn't see any other lights like a plane would have -- no red, white, etc.

Odd, and we watched it ascend, still moving west but also to the north. It suddenly became very small, and all the lights (or one light) dimmed, almost going out completely. All we could see now was a sort of grayish white light. That's when I got my binoculars. I ran inside and grabbed them off the bookcase that's right by the front door.

Through the binoculars, I could see a large, bright white light, round. This object, or plane, appeared as a single translucent white-ish blue light. It the descended, moving downwards, to the north, north west. I kept watching it until I couldn't see it anymore.

If it was something like a plane I'd love to know -- but I have never, ever seen anything like this before and it was very strange, like no plane I have ever seen.

Love to hear from anyone in the Eugene area who might have seen it, or have an idea what it was.
Posted by Regan Lee at 12:30 AM

Hi, my girlfriend and I were standing outside our apartment in Tigard, Oregon watching the neighbors fireworks, when we looked westward and say three orange balls of light that were drifting in the sky. They soon faded one by one and dissapeared. I personally think they could have been flares, but why and from what I do not know. My girlfriend thinks it was quite peculiar and wanted to know what she saw as do I. If anyone can shed some "light" on this, there opinion or analysis is welcome. Thank you and Happy New Year

Hi, my girlfriend and I were standing outside our apartment in Tigard, Oregon watching the neighbors fireworks, when we looked westward and say three orange balls of light that were drifting in the sky. They soon faded one by one and dissapeared. I personally think they could have been flares, but why and from what I do not know. My girlfriend thinks it was quite peculiar and wanted to know what she saw as do I. If anyone can shed some "light" on this, there opinion or analysis is welcome. Thank you and Happy New Year

Are you in San Jose,CA? I saw what you saw, actaully right at Hwy 17 south and Hamilton. I saw 3.

Not a Chinese latern then? I'm guessing everybody has seen one of them by now...great way to start the new year. Are fireworks an attraction to whatever you saw or more folks just outside looking up?

I don't know if it was a Chinese lantern -- could be but it was so big. Not like a bunch of them floating about -- but one big thing. No sound. On the other hand, the way it ascended, then dimmed out, then descended, that sounds like something a balloon type or lantern object does. The timing -- just about right at midnight, or a few minutes after, when everyone was setting off noise makers and fireworks, makes sense. I need to look up Chinese lantern and see exactly how they "behave" from start to finish.

To top if off, I had a very scary creepy dream about UFOS last night! And nope, I hadn't been indulging in drink or anything else to bring in the New Year. :)

Cheri, I am in Eugene, Oregon

The object moved very steadily; did not wobble, bobble or bop about like a balloon or lantern would. That's why we thought it might be a plane at first, even though the lights were unusual for a plane as well as the flight pattern.

I have some awesome footage taken from my Iphone 4s last night around 12:05 am.. 5 orange flying objects coming out of the ocean over the outer banks, north carolina.They each seem to have came out of the water around 30 to 45 seconds apart, and proceed to fly in sequence . They were silent and moving in ways that ive never seen military aircraft move in. I live near oceana naval base in virgina, these were definatly not jets or planes.

After the ball dropped I walked out onto our front deck ( that stands 25 feet above ground) of the family beach house we have on the outer banks of north carolina. I have cell phone footage i will post. There were 5 orange lights that appeared to come out of the ocean 45 seconds apart then hover above the water and fly in a weird pattern not like military jets. The orange ufos seem to fly horizontally then vertically , and repeated this sequence over the course of ten minutes. There was no sound and truthfully was one of the fascinating things my mother and i have ever witnessed.

Might report it to MUFON. Seems to be some chatter about Eugene about the lights..more than just a few people.

Mary, thank you for your comments. Is it possible to view your video on line like Youtube?

Saw the same exact UFO's in the same triangular formation appear and disappear one by one here in San Antonio, TX at 12:31am... the same reports and videos are now flowing in from over 30 US states and even other countries like Australia and the Philippines.... Chinese lanterns my ass these were high in the atmosphere and moved steadily in formation with a purpose...

Regan, can you please contact me -- I cant find your email -- the one I have returns back to me.
I would like to discuss the same experience of missed time when observing an orange orb just outside my apartment --- hope to hear from you.
You can email me at sirenbliss@gmail.com or find me on Facebook ---
Thanks
Melanie Simms

Algorithms, Alexa, etc. okay. Laptop mike on? Nope. Not ever. Alexa, Sira or whatever her name is? Nope. And, Never.   Recently looked up th... 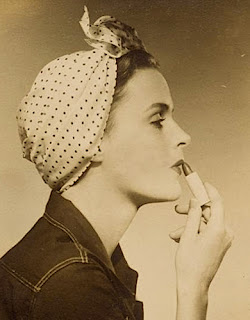