Reading Too Much Into Culture Stream's Images

I posted yesterday (see below) that the women on Jeopardy are always wearing blazers or cardigans. They're always covered up. All female contestants. So of course last night, after I posted my blog, I was watching Jeopardy and the female contestants were not wearing blazers, jackets, or cardigans. Not a one. In fact, one woman was wearing a sleeveless outfit. That was a first.

A couple of random thoughts on subliminal messages in the culture stream.

Watching Jeopardy this week, I noticed their sponsor was Moderna. Moderna's motto: "Second Chance." A second chance at what, I wondered. Don't give up, there's always a "second chance" with  Covid, despite all its forms and mutations. Especially if you're vaccinated and boosted. (Which I am.) Just found it odd and surreally amusing. (Speaking of Jeopardy, why do the female contestants always wear a blazer -- often ill fitting and not in the least bit stylish -- or a cardigan? The male contestants don't always wear jackets. There has to be a reason for this. Afraid of breasts?) 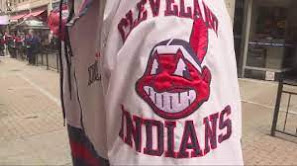 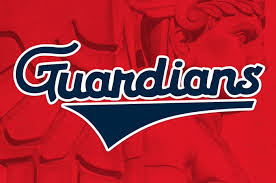 Then there's baseball. Of which I know very little and don't care. (Unless it's the Dodgers, then I want them to win.) But I noticed something about the Guardians, formerly the Indians. The Guardians changed the name of their team to appear more sensitive to stereotypes. But I noticed on their uniforms the last part of the word Guardians: dians. Subtle imagery reminding us of Indians; a defiant "Yeah, we changed the name due to pressure but ... ha." And, one of their uniform shirt colors is red. Hmm.

This is what falling down the rabbit hole does to ones mind.