Cattle mutilations in my state of Oregon; this in the eastern par of Oregon.

A black-coated cow was found dead in July outside of Fossi with her legs tucked under her body with her head off the ground. Pictures show her eyes bulging out with flies around the body. The cow’s tongue and genitals were removed.

“It was a clean cut, so it wasn’t wildlife,” Wheeler County Sheriff’s Deputy Jeremiah Holmes said. “There were upwards of 80 cows milling around there … so signs of tire tracks, boot tracks were pretty much nonexistent.” 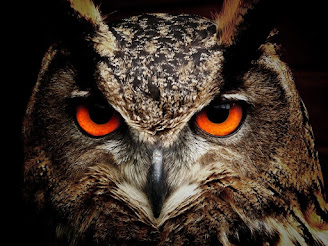 A few quotes about the supernaturalness of owls:

“Perhaps he does not want to be friends with you until he knows what you are like. With owls, it is never easy-come-easy-go.”

“Oh, what a lovely owl!" Cried the Wart.

But when he went up to it and held out his hand, the owl grew half as tall again, stood up as stiff as a poker, closed its eyes so that there was only the smallest slit to peep through - as you are in the habit of doing when told to shut your eyes at hide-and-seek - and said in a doubtful voice

Then it shut its eyes entirely and looked the other way.

"There is no boy," said the owl hopefully, without turning round.”

― T.H. White, The Once and Future King

“People say the darkness is where secrets are best hidden. Night time brings clarity and focus to owls, even if the aperture of this vision comes with a stigma.”

New Posts at The Stranger Side of Sasquatch

Tim Binnall has an item at Coast to Coast, citing Oregon as one of the top ten states for reported Bigfoot sightings:

Top States for Bigfoot Sightings Revealed | Coast to Coast AM: As one might expect, at the top of the chart was Sasquatch hotspot Washington state with a whopping 8.9 sightings for every 100,000 residents. Rounding out the top five for Bigfoot sightings by population were Oregon, West Virginia, Idaho, and Montana. (Tim Binnall, Coast to Coast)

Yes, I am all about my crystals and tarot and dream work and a whole bunch of other so-called new age stuff. But I do agree with much of the following, especially this:

On the other hand, a lot on the Left consider anyone who delves into a non-traditional, or even traditional, spiritual path as flawed. Less intelligent. Dupes. Ditzy. Shallow. Etc.

So there you go.

It's Not Nice to Steal 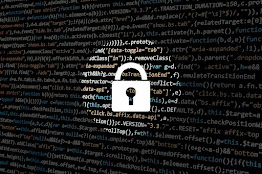 Back here on the original Orange Orb at blogger.
A comment: Don't steal my stuff. Linking to my content is great, but if you do, please cite the source. You know, something like "Written by the ever insightful and charming Regan Lee at Orange Orb" or some such.
Don't just rip off the post. I've had a lot my words just copied onto other sites, without any links or citations at all. I know this has happened to just about everyone who publishes on-line. And it sucks.
It's wrong. Knock it off.
Posted by regan lee at 12:00 PM No comments:

Well, decided to come back here to blogger and leave the Orange Orb on WordPress. I think I'll keep the WP blog up, at least for awhile, but will post here from now on.
Tell your friend, feel free to comment and share.
Posted by regan lee at 10:45 AM No comments:

Email ThisBlogThis!Share to TwitterShare to FacebookShare to Pinterest
Labels: blogs

You've probably seen the reports of Americans receiving packets of seeds from China. Seeds citizens have not ordered. From CNN:

(CNN)All 50 states have now issued warnings about mysterious, unsolicited packages of seeds that people across the nation have received in the mail in recent weeks.

The packages appear to be coming from China, according to the US Department of Agriculture (USDA). Photos shared by state agriculture departments show packages marked with labeling from China Post, which operates the official postal service of China. Some of the labels also indicate that the packages contain jewelry, although inside is typically a packet of seeds in clear, plastic packaging. (CNN)

Weird to be sure. All kinds of conspiracy theories will come of this.
Related, sort of: about a month ago, I soaked some lemon seeds from store bought lemons, thinking I was going to start a little lemon tree plant. Not to plant outside; we live in Western Oregon, not good for lemon trees. But maybe an indoor plant. Just curious to see what would happen.
After about three days of soaking the seeds, which looked perfectly normal when they came out of the lemon, the seeds were not your typical lemon seeds, but perfect little spheres.  Not only were they spheres, but a shiny, metallic teal color.  Very strange. I have never seen that before.
More curious now, I waited to see what would happen after I planted the seeds, er, spheres. Lots of sprouts. I kept them going; after a couple of weeks, the sprouts died off, leaving three dark green shoots. They look promising.
I wish I had the idea to take a picture of the spheres, but I didn't. But here is an image of the little lemon (?) starts.
Right now they're on the railing of the porch, they seem to be doing fine. When it gets cooler and the shoots get bigger, I'll plant them in a bigger pot and we'll see what happens.
Posted by regan lee at 6:26 PM No comments:

What to Do, What to Do? : Changing Platforms

I feel more comfortable here at blogger. But I think WordPress is spiffier, but it's also more finicky. 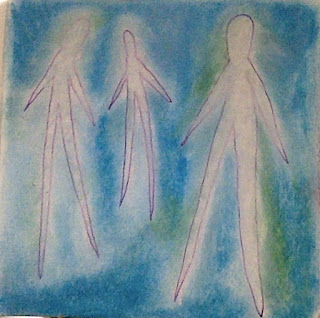 I'm posting the Orang Orb over  on WordPress now. So please, check it out! I'm not gone, or have been abducted (not recently) just over on another platform. Links and mentions welcome.

Orange Orbs on the Brain

Reminder that  The Orange Orb blog is still here and alive, just over on WordPress! 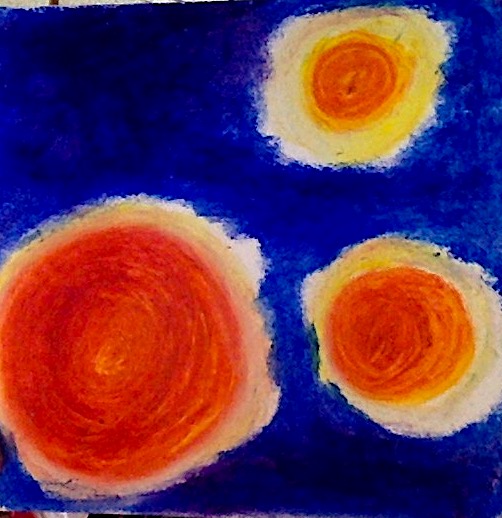 Oddly Curious, But Not Enough To Be Truly Odd 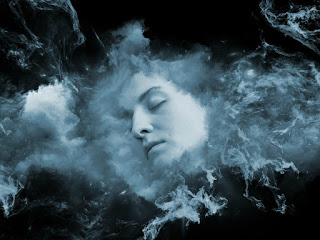 I'm still here! Actually, over there, on Word Press. Orange Orb is now on Word Press, has been for awhile now. Many thanks to those who are curious enough to check out Orange Orb on Word Press. For example, this post, on a not very interesting but still kind of weird episode. 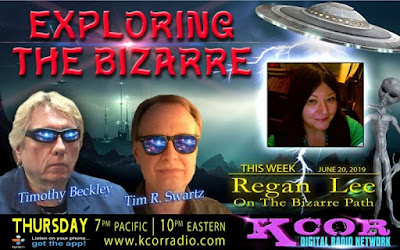 Fun conversation with Tim Beckley and Tim Swartz last night. Thanks guys! Time went by too quickly, didn't get around to Bigfoot! We discussed orbs, mainly, so much more to discover.

Beckley is one of the very few out there who just really knows all kinds of UFO and paranormal history. I mean the tidbits and out there stuff. All of it. Pretty keen.
Posted by Regan Lee at 10:24 AM No comments:

Old posts here on the old Orange Orb, but newer things at Orange Orb on WordPress, which is my current blog. Check it out.
Posted by Regan Lee at 8:20 PM No comments:

Halloween Special: Erica Lukes Interviews Me on her podcast

You can listen to Erica Lukes interviewing me on her podcast about my ghostly encounters here.